All about LGBTQIA+ books 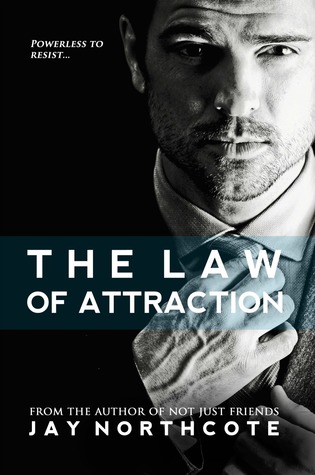 When a professional relationship turns personal, it’s impossible to resist the law of attraction.

Alec Rowland is a high-flying lawyer in a London firm whose career is his life. He doesn’t have time for relationships and his sexuality is a closely guarded secret. After picking up a cute guy on a Friday night, Alec’s world is rocked to its foundations when his one night stand shows up in the office on Monday morning—as the new temp on his team.

Ed Piper is desperate to prove himself in his new job. The last thing he needs is to be distracted by a crush on his boss. It’s hard to ignore the attraction he feels, even though Alec’s a difficult bastard to work for.

Both men strive to maintain a professional relationship, but tempers fray, passions ignite, and soon they’re both falling hard and fast. If they’re ever going to find a way to be together, Alec needs to be honest about who he really is because Ed won’t go back in the closet for anyone.

*I received the ecopy of the book in exchange for an honest review. Audible copy was bought though*

If you’re not on my blog for the first time, you’ll know Jay Northcote is one of my favourite authors so I obviously had high expectations. Honestly, I have no idea how things actually work in lawyers’ offices and fingers crossed I will never have to. But it all seemed very realistic.

But first, the characters. OK, I loved them both so much! I wanted to wrap Alec in a blanket and protect him from the world, poor soul. He was hiding so much and this meant he only had occasional one-night stands because he wasn’t out to anyone. And after hearing what caused him to hide? Ouch, heartbreaking!

Ed, on the other hand, is a cutie that is totally out and doesn’t try to or even want to hide it. He comes out to the whole team a few days after he’s been hired and it is obvious that the environment is accepting. What I also loved about Ed is the fact that he wasn’t prepared to put himself back in the closet just because that would mean he could be with Alec. He didn’t force Alec to come out, but just told him that he’s not going to hide himself and I almost went YAY! out loud 🙂

The book was just angsty enough and hot and uhh the trip to Edinburgh was just a perfect addition – I LOVE SCOTLAND okay so if it’s in…:)

And the audio part:

Whoa did I love the narrator. Despite the fact that some of my studying has tried to creep in. Or heard some characteristics that I wouldn’t have. 🙂 So yeah, the narrator was great! I loved the accent. It might have been a bit formal (I think they’ve conditioned us to only appreciate that formal accent at uni) but I thought it fit the story well in general.

I am glad to have gotten both editions and I can’t wait to reread or re-listen the book! 🙂

This site uses Akismet to reduce spam. Learn how your comment data is processed.

Support Me on Ko-fi